Grandpa showed me the album of his WWII photos and postcards when I got to see him at Christmas. I didn’t know it existed.

Grandpa couldn’t bring his camera with him when he was deployed, it would have been confiscated during inspection. Luckily his friend Renee Neuman brought his box camera when he came back from leave, so Grandpa got to borrow that sometimes. They developed the photos in soup bowls. He said that Neuman unfortunately passed about 5 years after returning from the war. I asked about the cause, but he said he wasn’t sure.

The photos here are all positioned in order on a single page captioned “Diving for movie film in 40 ft of water”. Grandpa laughed when describing it. 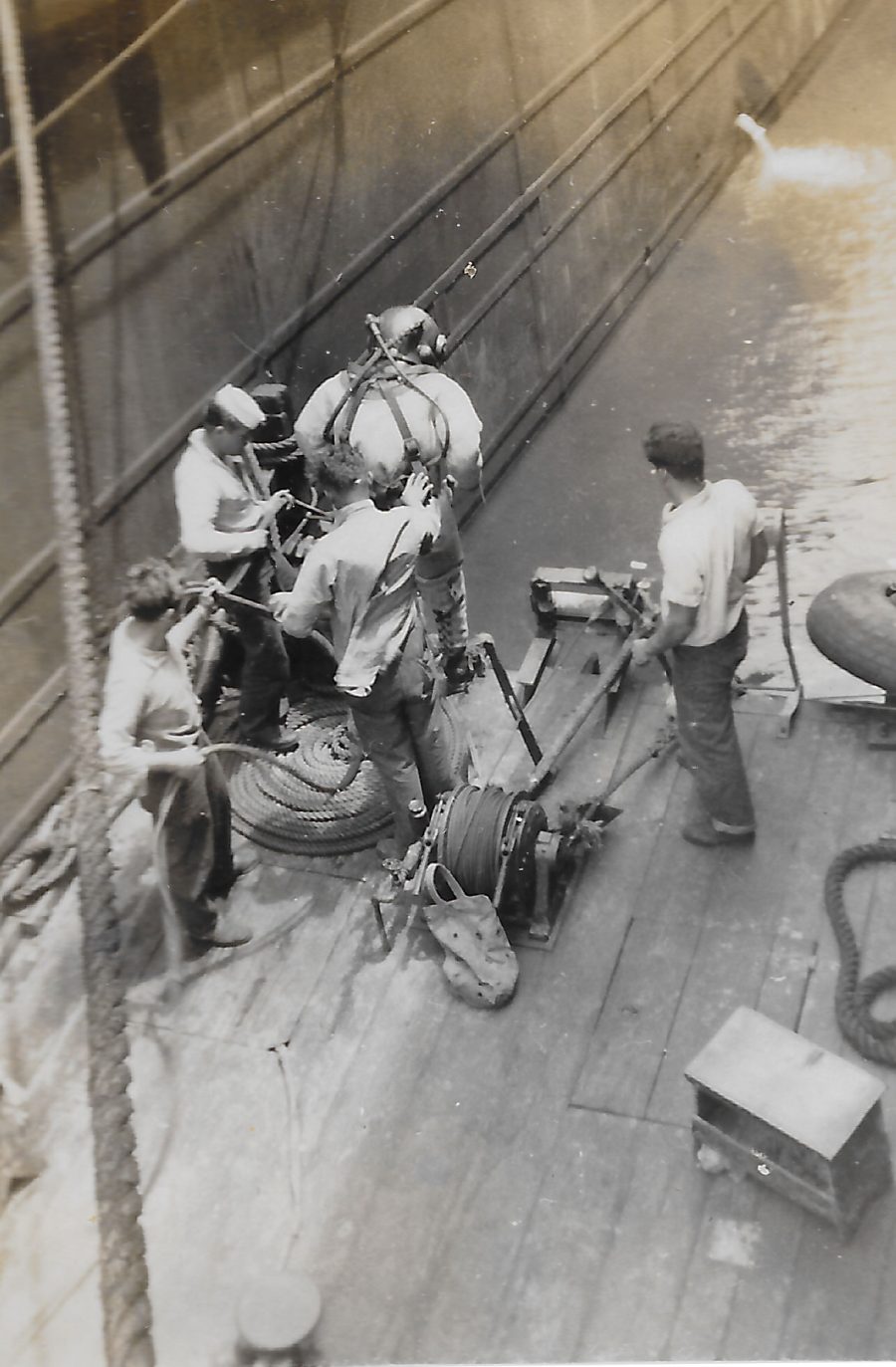 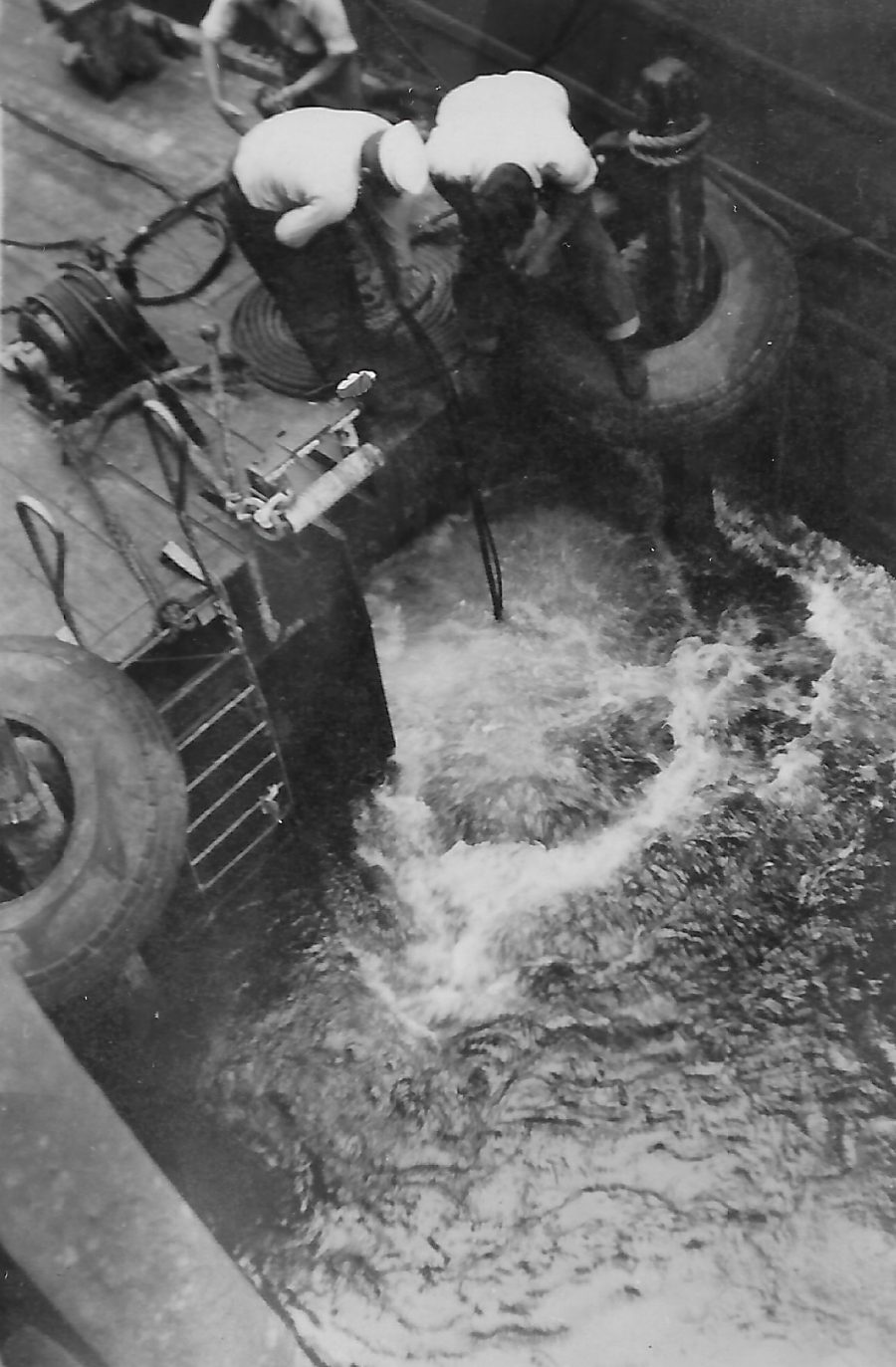 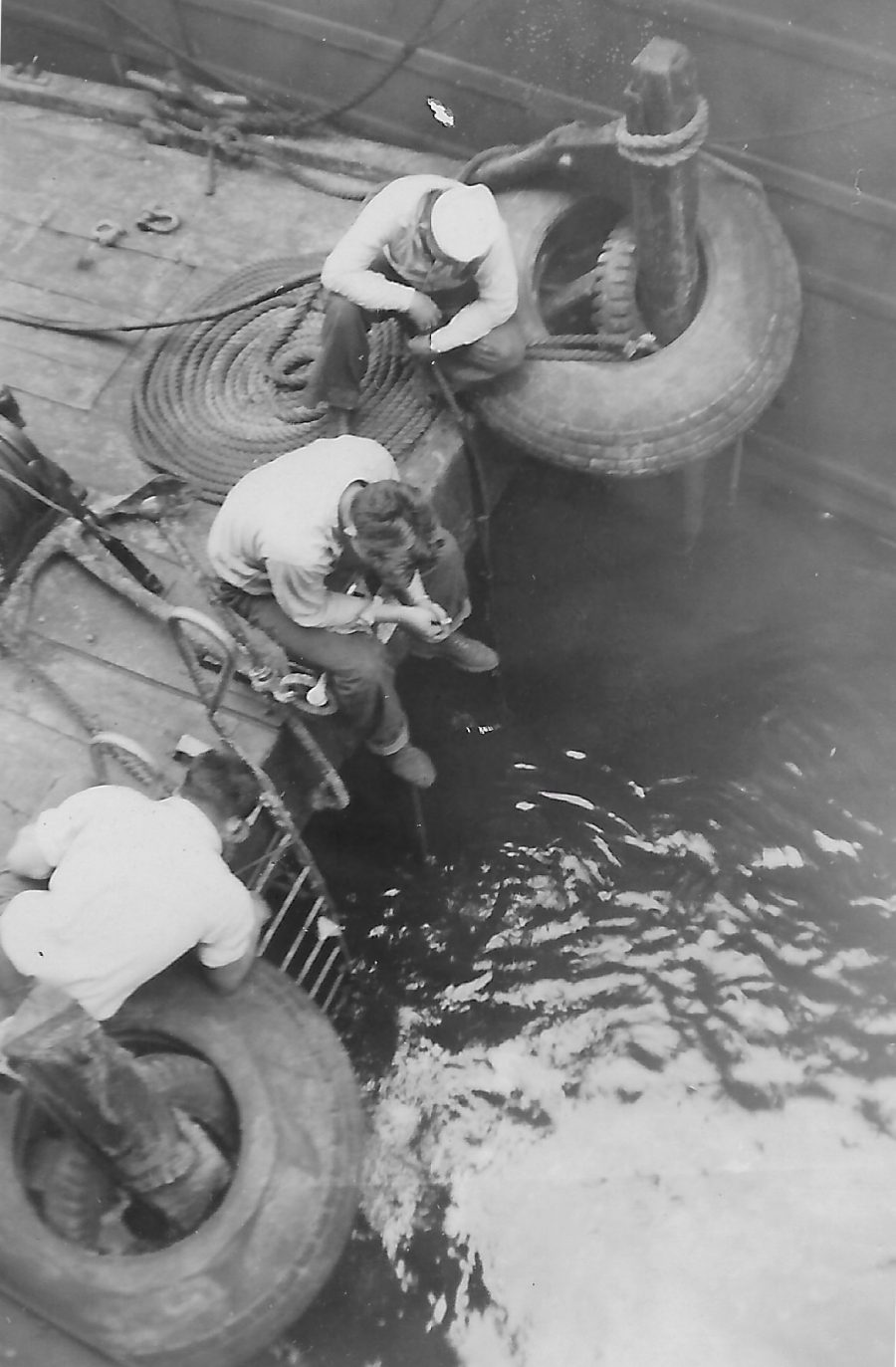 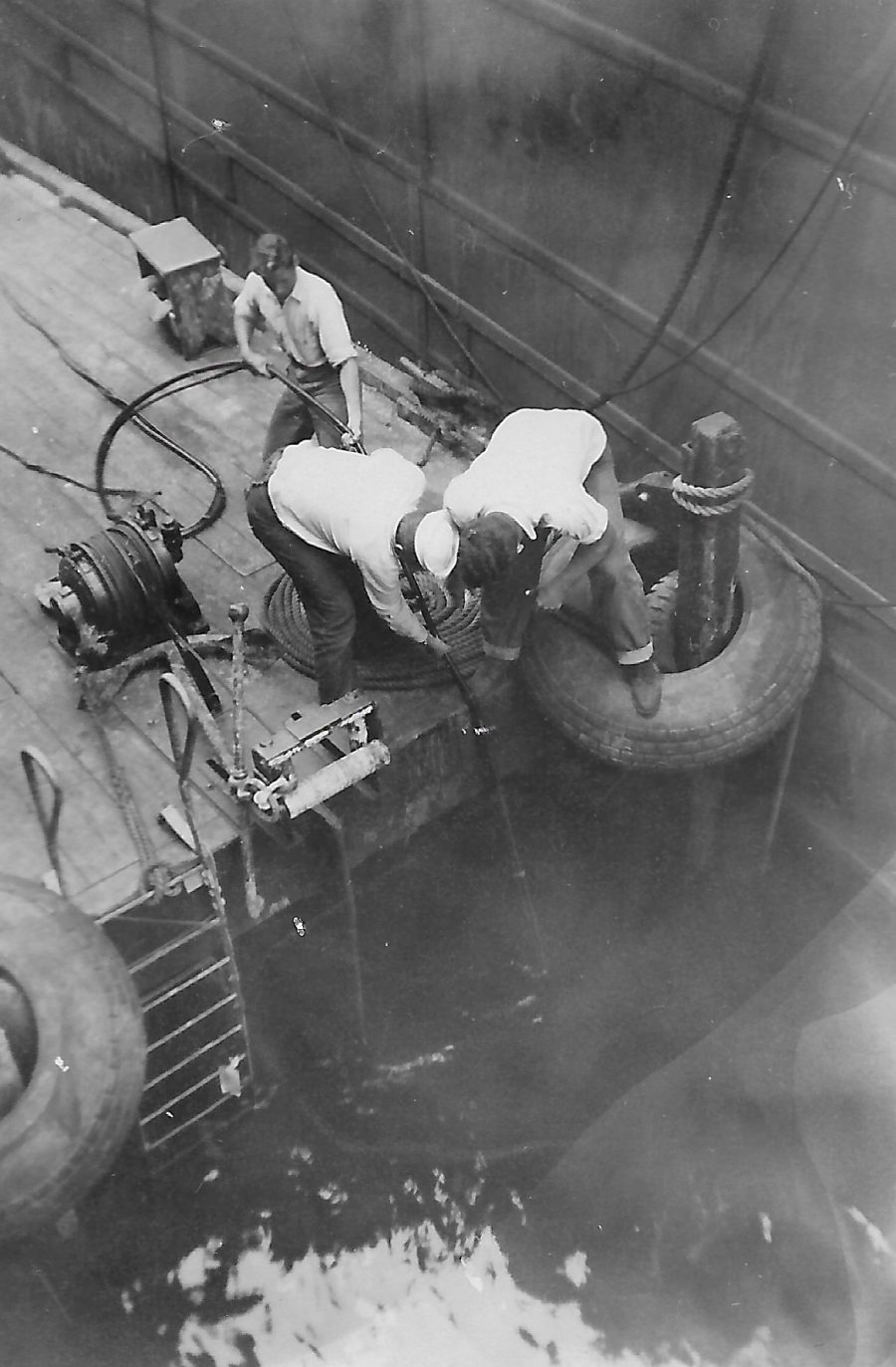 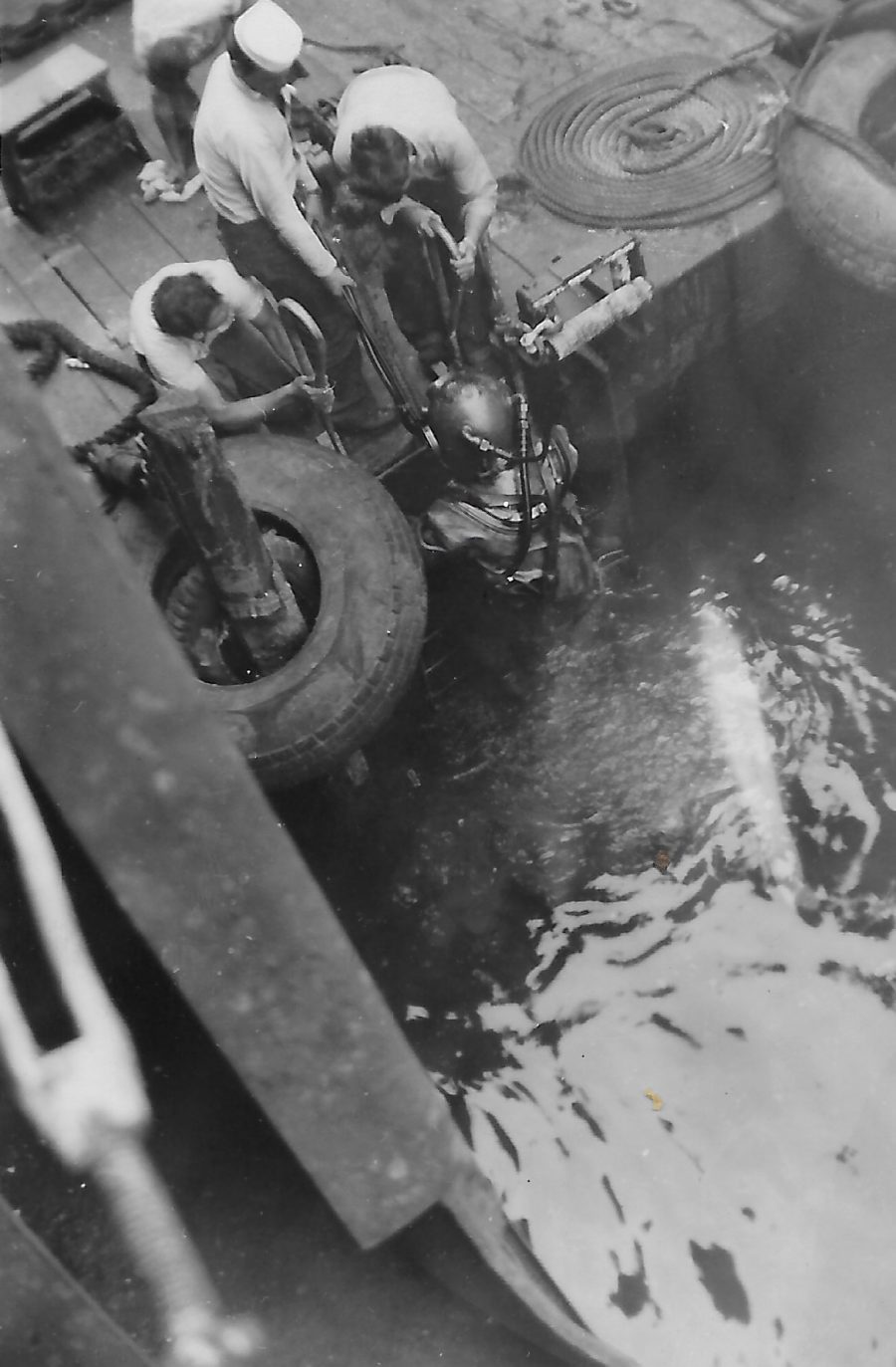 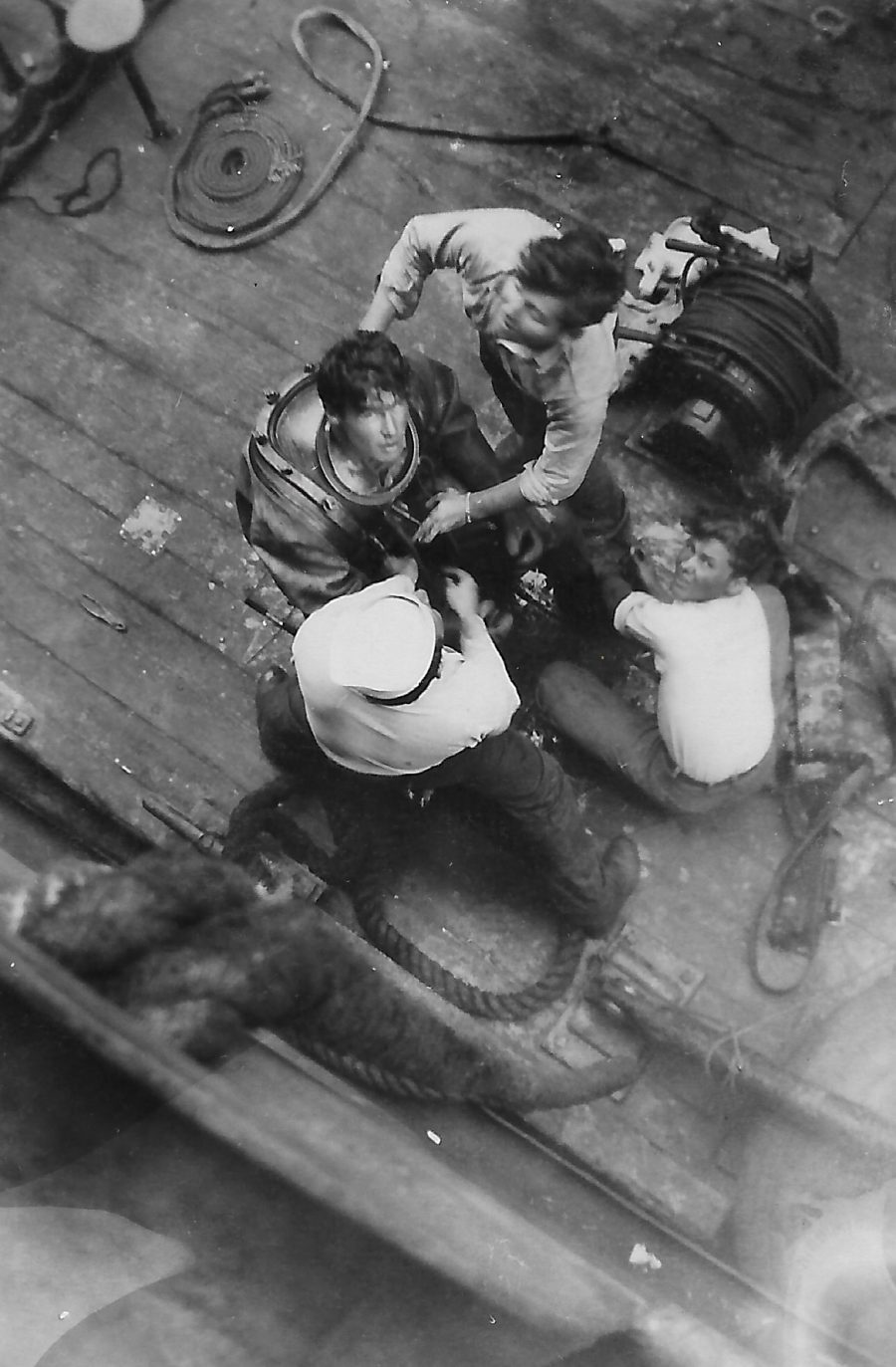 Their LST ran aground in Pearl Harbor, so they had to stay there for repairs. While there, another ship came along and they exchanged 35mm films. Unfortunately the film from the other ship fell in to the harbour. It wasn’t financially valuable, but very valuable in terms of morale so they asked tower to send a diver to recover the movie. The diver wasn’t happy, he had been at a party, but he did recover the film.

Most of the photos in the album are of Grandpa and the others from his ship doing jobs here and there or “just horsing around” as he said. There was a lot of down time. There are a few landscapes of Hawaii, Guam, the Kwajalein Atoll, and the Enewetak Atoll. Some are in the aftermath of a tsunami. There were also some intense images towards the end of the album, hard to tell if they were photos or postcards. Some would be pretty gruesome for postcards, others were of the signing of the Japanese surrender on the USS Missouri. At any rate, Grandpa said he hadn’t taken those final album images. He developed a bunch of negatives for other people, so if these weren’t postcards then they may have been copies of others’ photographs.

There were two photos of a large cemetery in Guam with many small Christian grave markers. Grandpa had gone to school with one of the men buried there, he and Grandma had gone to senior prom with this boy and his date. After graduation, he went in to the Marines and was killed. Grandpa took photos of the grave for the man’s family.

Grandpa carried a pocket-sized spiral bound photo album with him throughout WWII filled with photos of family and friends, but mostly of Grandma. It’s very worn apart now. The sleeve with the photo of Grandma and him in his uniform also includes a pressed four leaf clover and a Japanese stamp.

In the back of the main album, there was originally a college photo of Grandma with a gardenia behind her ear. That’s on the wall of his apartment now, with other family photos.