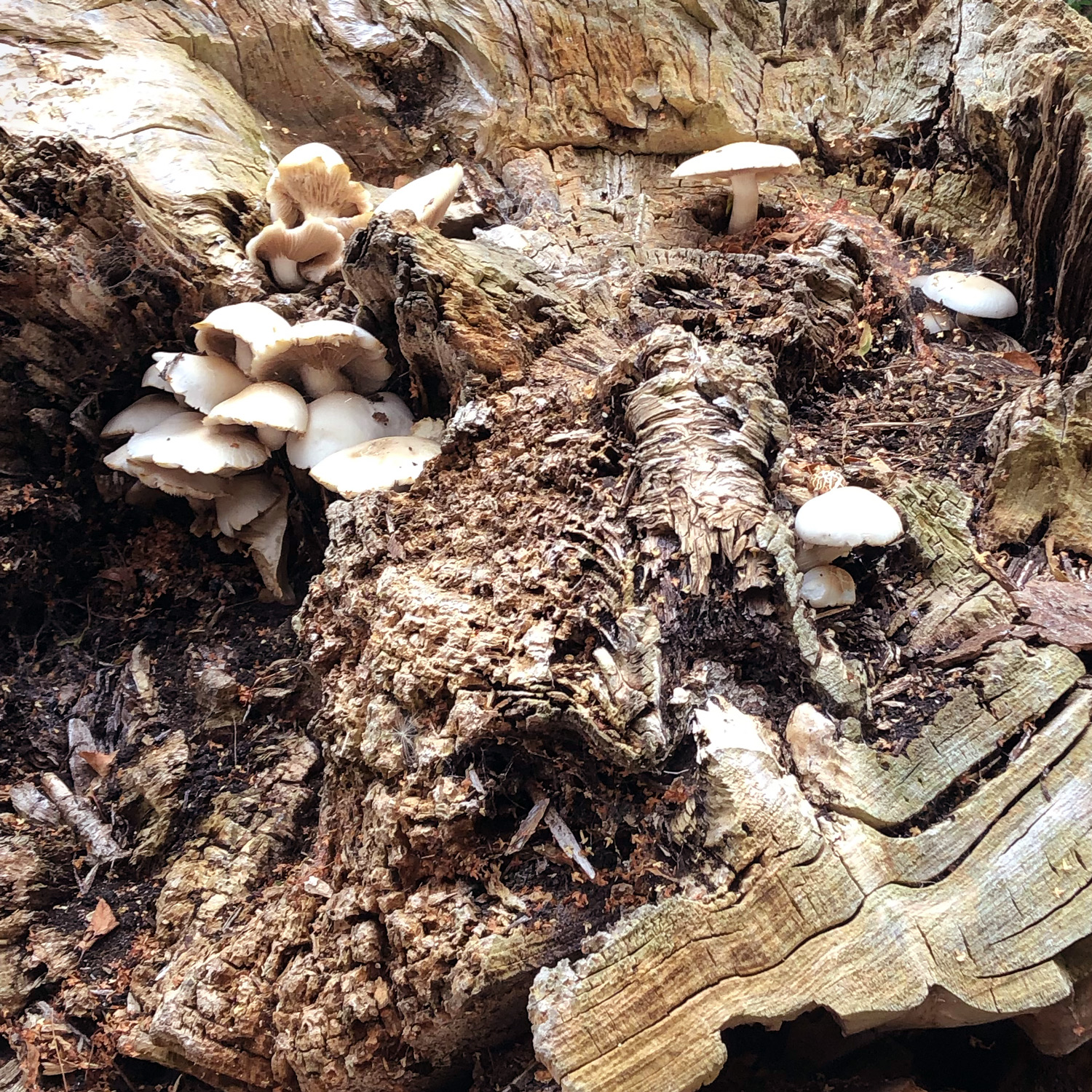 This past Saturday, I went on a guided foraging walk with Daisy in east London. Got way too much sun!

It was so helpful to have a guide. I’ve considered just trying it with a book, but it’s hard to beat being able to ask questions and watch the way someone else watches. It reminds me of learning how to draw or paint, part of learning how it works is learning how to change your perspective. So it’s useful to observe the way someone else sees things. I’d still like to get a good book about it, but now I feel like I have a better idea of what I’d like to get out of that book.

The walk was from 10:30am to 2:30pm with one bathroom break but pretty much no other stops. Didn’t really need to stop for lunch since we were grazing anyway, but we did pause at the floating bakery. I had one of the best muffins I’ve ever had, felt like I needed to lie down afterward. He’s open Friday to Sunday, worth checking where he’s at online since he moves around a little. 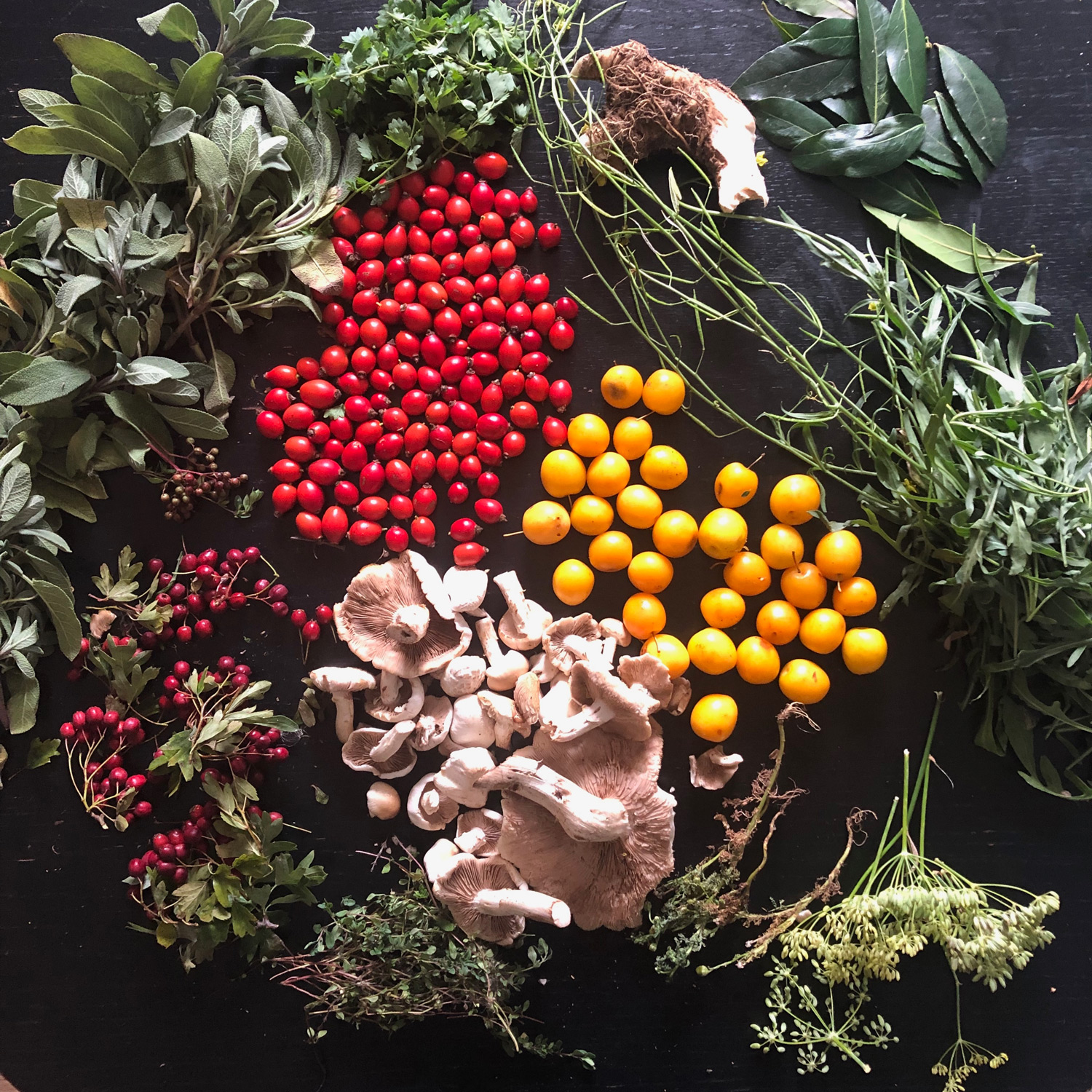 The plants are listed in the order that we encountered them. Notes are mostly what I learned on the walk, though there are some additional points related to things I’ve learned from a little further research online. These notes are made for my personal reference purposes and are a work in progress. Always do your own research when deciding whether put something on or in your body, foraged or otherwise.

I made pesto from the wild rocket with olive oil, lemon juice, walnuts, and lactose-free cheese. That night, I made pasta with some sauteed mushrooms, sage, and thyme. Topped it with a little bit of the pesto and some rocket flowers. Also made rosehip syrup. I thought they would be quite sour because of their vitamin C reputation but it’s very floral, not sour at all!

I’d like to go out again, there were a bunch of things that I now understand we could have collected but didn’t. Might be worth looking for a telescopic pole with a basket. In London—and I imagine a lot of other urban green areas—a lot of the blackberries / apples / cherries that are reachable get picked really quickly, often even before they’re ripe. A pole would give a little more reach.

I’d also bring more canvas bags next time, it would have been useful to separate the leaves in to one and the firmer stuff in to another. Also, some sort of hard container or basket is probably a good idea for soft things like fruit. And definitely a sharp knife and / or scissors. Good opportunity to get one of these guys. If it’s soft fruit season, it would probably also be useful to bring an old sheet. Could lie that down and then shake the tree / bush to more easily collect the fallen fruit.

Before going out again, I’m going to get a little more familiar with a few good-to-knows related to ownership and cleanliness.

Foraging in an urban environment means considering things like dog pee, pollution, and pesticides. I’m not that worried about pee, can just wash things and try to pick higher on the plant. I feel like that probably helps with pollution too. I’m not sure about pesticides though… I feel like UK land management is pretty weed-friendly actually in the interest of bees and butterflies, but I imagine pesticides are used in some places. Worth keeping in mind, and I think I’d be a bit more wary in certain cities stateside. There seem to be a ton of decent guides online that share some of this general knowledge, I might start with this one.