You can identify third declension nouns by their genitive singular ending ‘-is’. See nationalarchives.gov.uk and Wikipedia.

In contrast with the first- and second-declension endings, those of the third declension lack a theme vowel (a or o/u in the first and second declensions) and so are called athematic.

Early last year, Sarah Kate Wilson approached Musarc with a concept for a performance involving coloured mirrors. Around the same time, Toby O’Connor and I were mulling over ways of working with Beata Viscera, a conductus by medieval composer Pérotin. These experiments blended well and in April 2017, Musarc opened and closed the 3rd Do Disturb festival at Palais De Tokyo with Rainbows + Beata viscera iridis. Watch a video documenting Musarc’s various PDT performances on musarc.org. These pieces were performed again as part of MK Gallery’s 2017 CityFest and at Rochester Square’s Open Day on 24 June 2017. 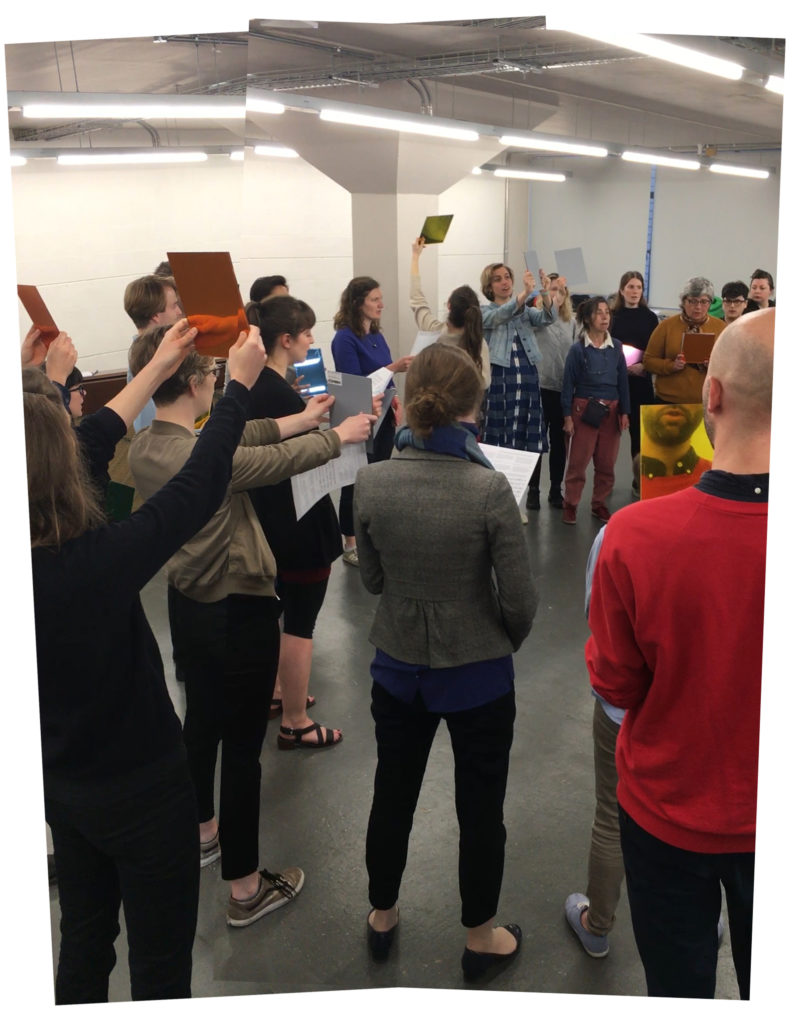