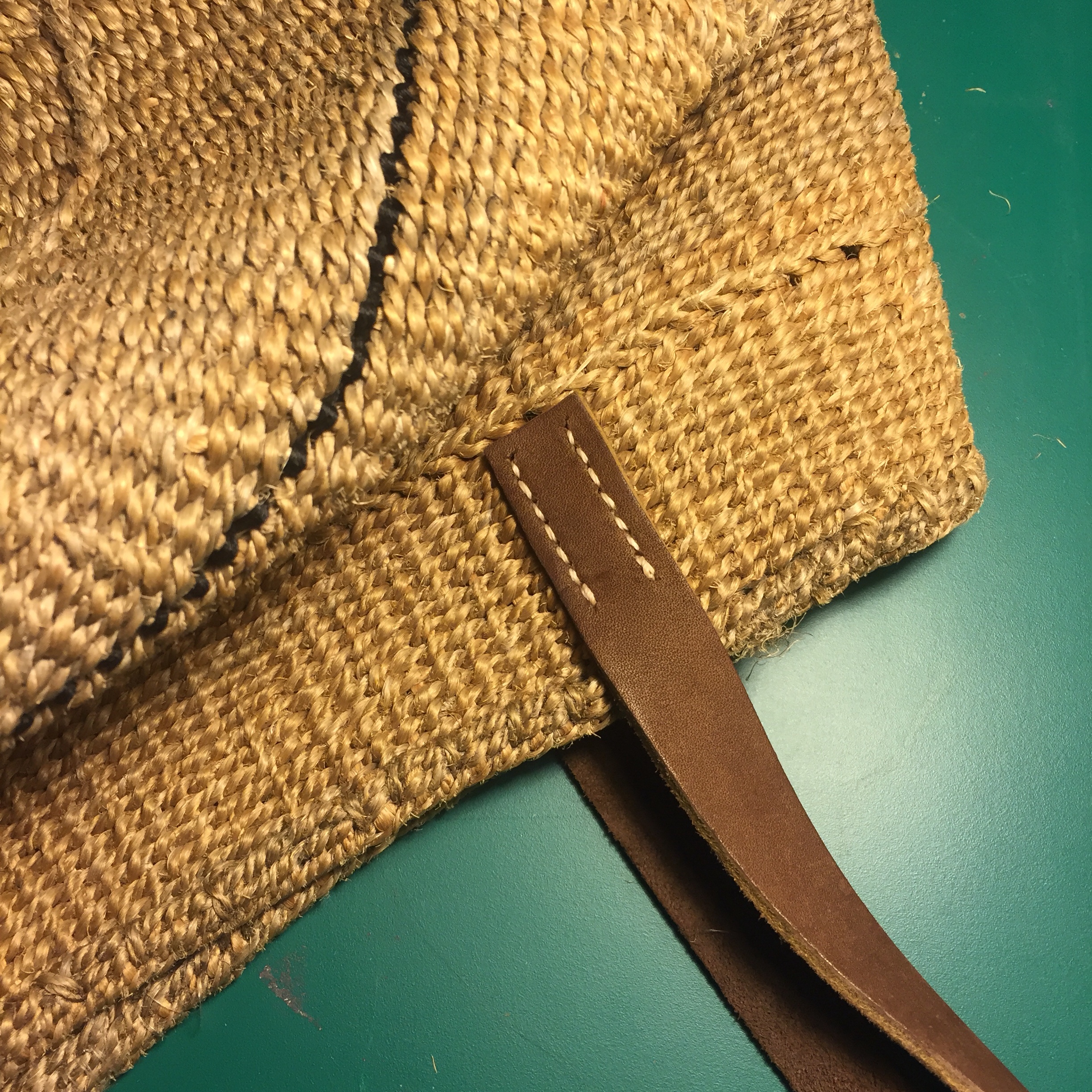 Replaced the broken leather straps on my mom’s old straw bag with my new (new to me anyway!) favourite tool.

Edit 2018.08.29 at 15:08
This bag has seen a lot of action this summer and the handles are holding up well. The straw (it’s more like thin rope…) is starting to fray at the top though. I’ve lashed it together with invisible fishing line for the time being. I’m expecting sections of it to give way eventually, at which point I’m considering doing some sort of makeshift crochet/embroidery thing to keep it patched up. That’s where that black line came from, it was a little band made of the same straw material that wrapped round the whole bag. It was totally eaten away in parts, so I unwound what was left and replaced it with black embroidery floss. The cobbler on Francis Road did great work fixing up a second-hand pair of Loake chelsea boots recently. The uppers were in pretty good condition except for some salt damage. The elastic was perfect, surprisingly. The leather soles on the other hand were nearly shot, the right one in particular. The stitches were worn through.

Daniel pinned the leather sole to the welt, slightly built up the nose, built up the super-thin area under the ball of the foot, and then he glued and pinned a thin, black rubber sole to the leather outsole. The rubber sole says “Longlife Indiana”. He write “High-life sole” in thin silver pen on the left shoe near the heel, and “Francis Cobb” on the right. Though the heel didn’t need replacing, he did pin it down to make sure there’s no way it’ll peel away. Really, really pleased with the results. Would love to see some of Erika Hock’s work in person.